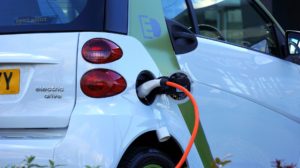 We wrote about Special Purpose Acquisition Companies (SPACs) in a Stoll Berne Investor Blog post more than a year ago. At that time, SPACs were attracting attention as a way for businesses to raise funds in public markets without having to use a traditional IPO that would value the company through market-based price discovery. In a SPAC offering, the people behind it are responsible for deciding how to value the operating company and how much the SPAC will pay for it. We cited a Wall Street Journal article that explained SPACs had significantly underperformed companies that went public using a traditional IPO. The recent announcement by Electric Last Mile Solutions that it will file for bankruptcy is another example of dangers for investors in SPACs.

Electric Last Mile Solutions trades on the Nasdaq under the ticker symbol ELMS. ELMS describes itself as a commercial electric vehicle solutions company, focusing on designing, engineering, manufacturing, and customizing electric last mile delivery and utility vehicles. ELMS began trading publicly only a year ago, even ringing the opening bell on the Nasdaq on July 12, 2021.

In a June 12, 2022, announcement about the bankruptcy, ELMS recounted the February 2022 resignations of former CEO Jim Taylor and founder and Executive Chairman Jason Luo. The announcement included that an investigation by ELMS’ board led to the resignations. ELMS “was forced to withdraw financial guidance and declare the Company’s past financial statements unreliable.” Further, “[t]he compound effect of these events, along with a pending SEC investigation initiated this year, made it extremely challenging to secure a new auditor and attract additional funding.”

According to an article on thestreet.com, the board’s investigation found that “prior to the SPAC merger, ‘certain executives’ purchased equity in the company at substantial discounts to market value without obtaining an independent valuation.” Thestreet.com’s article linked to a report by short-seller Fuzzy Panda Research, warning about what Fuzzy Panda Research believed to be misleading statements to investors by the company. For example, Fuzzy Panda Research asserted that ELMS “falsely claimed that their vehicles are ‘produced’ and ‘manufactured’ in the USA.” Fuzzy Panda Research described how ELMS would import vehicles made in China and then change the logo.

ELMS’ internal investigation and bankruptcy are good examples of the dangers of investing in SPACs. The SEC discusses some of the risks, particularly involving disclosures, in its disclosure guidance for SPACs. The SEC’s guidance is a good starting point for a lawyer or investor who is looking into a SPAC.